Edward Lear’s picture stories are apparently “hinnocent” throwaway pieces, produced on the spur of the moment to entertain his friends or their children. In previous posts I have shown the sources for some of the stories on Irish subjects (here, here and here), but even the most apparently occasional ones show Lear’s profound immersion in the visual and narrative culture of his youth.

While the Irish works were explicitly presented as derivative illustrations of existing poems or stories, Lear’s later strips seem to be pure and simple humorous narratives of events that occurred during his more or less adventurous journeys. This, according to a recent book by Daniele Barbieri (Letteratura a fumetti?, 2019) is an essential passage in the creation of modern graphic narrative: while ancient and medieval images told stories that were already know by their consumers or required explanations by people, such as preachers, who knew and interpreted the story for the illiterate “‘readers,” it is only with Hogarth and his many English followers that it became possible to tell, or rather draw a story independent of religious or historical sources that could explain it.

The examples below show how, even when telling an original, personal story, Lear could not avoid being strongly influenced by the long tradition of English caricature, and most of all by Thomas Rowlandson’s many series of prints devoted to horse riding, while at the same time using such well-known images to tell an original story.

Many of these examples are taken from Matthew Bevis’s lecture, Edward Lear’s Vision. 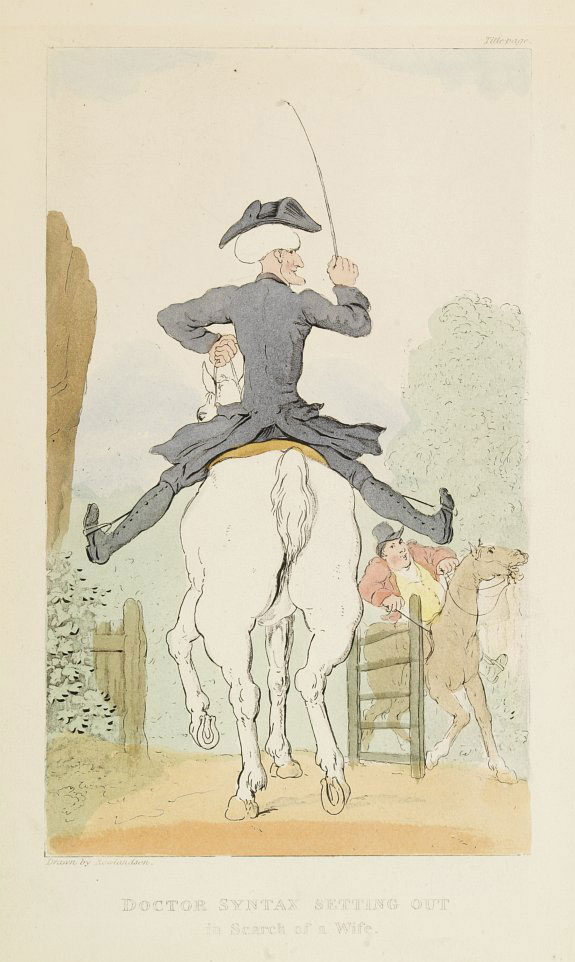 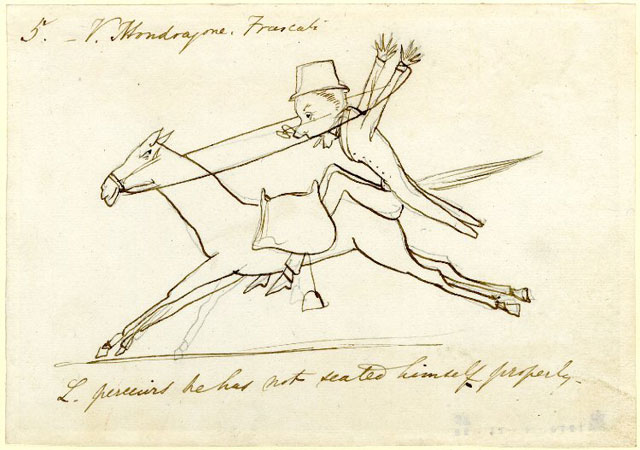 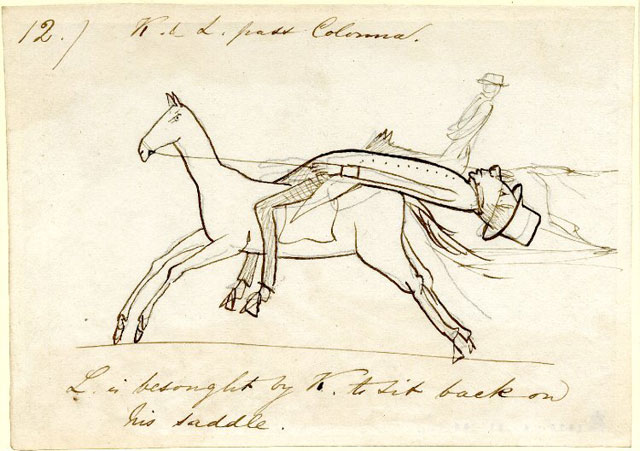 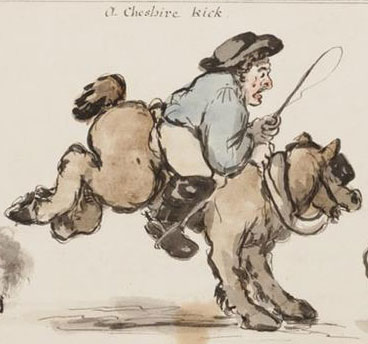 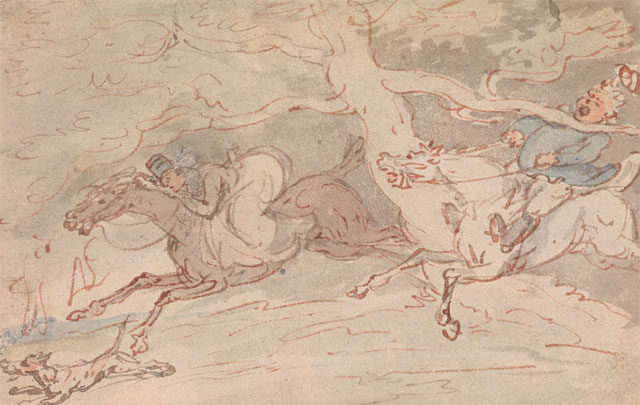 All images from Edward Lear’s picture story are ©Trustees of the British Museum.

The whole “Edward Lear Learns to Ride a Horse.”