“Self-portraits. 18–. MS Typ 55.20. Houghton Library, Harvard University, Cambridge, Mass.” contains what appears to be part of a picture story: it tells of an adventure on a walk while at Stratton. Edward Lear often visited his old friend and patron T.G. Baring there, i.e. in October 1860 and September 1862 (see Diaries). 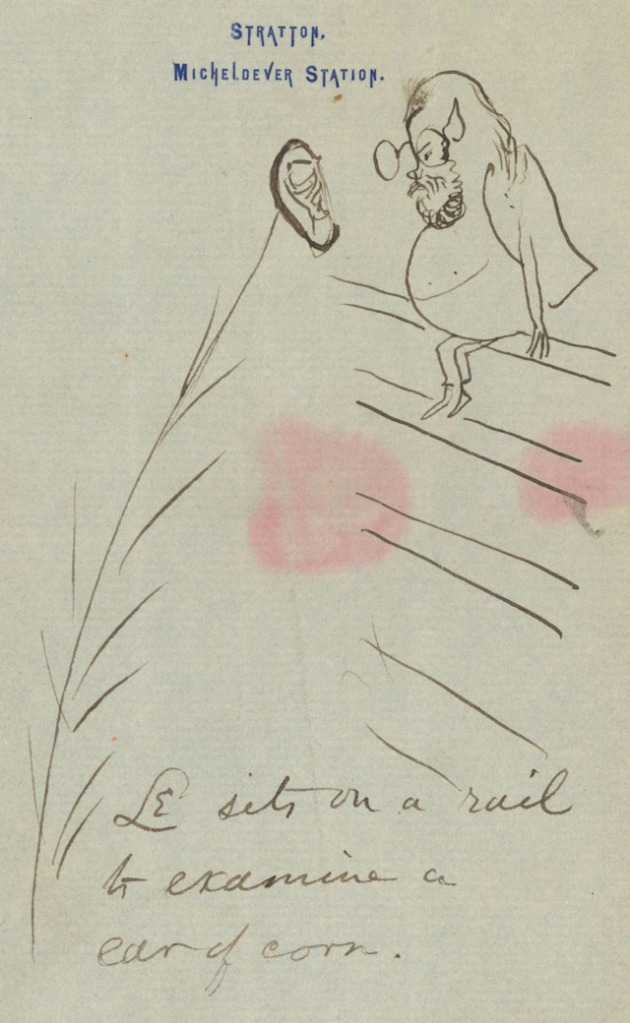 EL sits on a rail to examine an ear of corn. 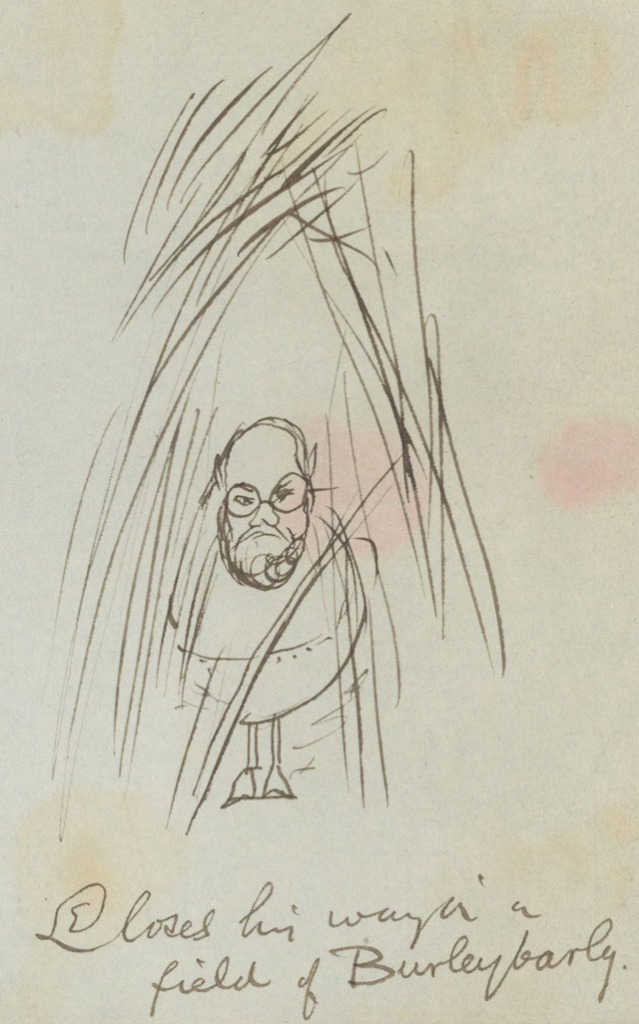 EL loses his way in a field of Burleybarley.

Lear often recorded peculiar adventures with short picture stories, at least once also in the Diaries (28 August 1858), when he had an “adventure with the lady on the landing place;” the story is not at all clear to me: 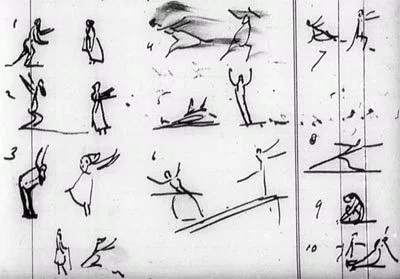