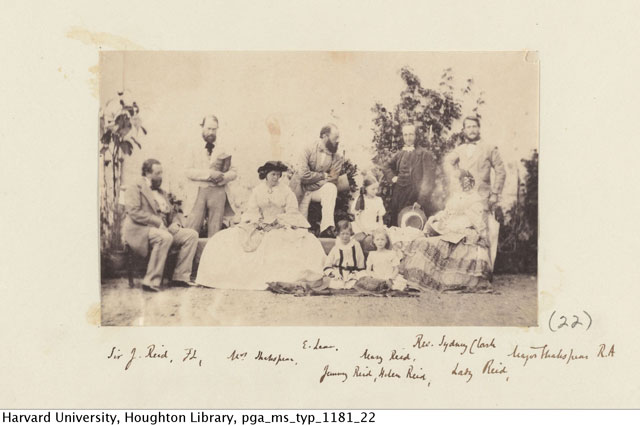 Houghton Library owns an album of photographs from Franklin Lushington’s family, and its website includes a finding aid linking to a couple of digitized photographs. The one above is of particular interest as it shows some of the people Edward Lear met almost daily while staying in Corfu in 1857-58.

The photograph was probably taken with Lear’s own camera, though probably — if the photographs are arranged in chronological order — after he had sold it, on 1 February 1858, to Major Shakespear, who also appears with his wife, as well as Franklin Lushington, Edward Lear himself, and Rev. Sydney Clark, one of the few church people Lear appears to have appreciated.

The other digitized photograph is of Gertrude Lushington, for whom Lear worte “The owl and the Pussy-cat:” 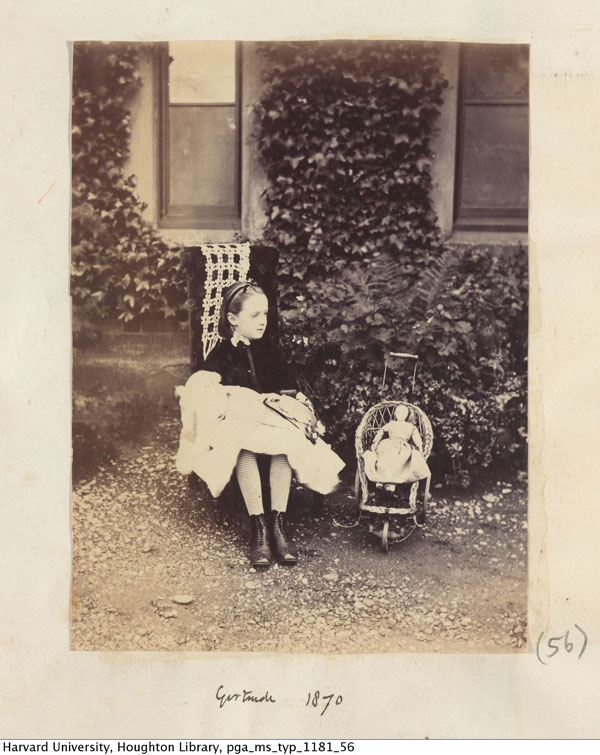 This entry was posted in Edward Lear and tagged biography, Edward Lear, portraits. Bookmark the permalink.