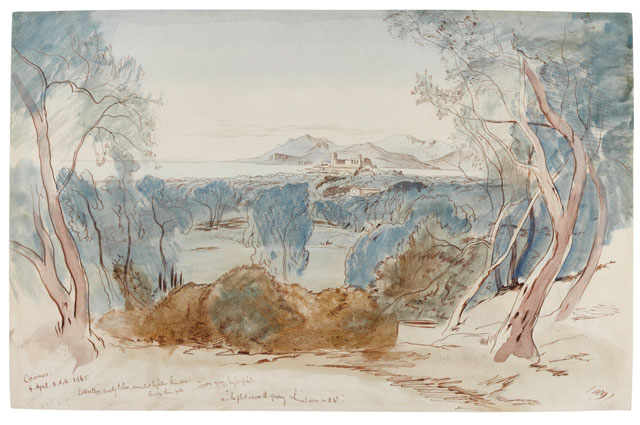 Lear drew this large-scale and very fine view of Cannes on the morning of 8 April 1865, towards the end of an extended stay in the south of France. He was primarily there to build a body of work for an exhibition that he intended to hold in London later in the year. He based himself at Nice and from there he visited the local towns along the coast. Lear must have found Cannes particularly inspirational for alongside drawing the port and its environs, he also penned his nonsense poems The History of the Seven Families of the Lake of Pipple-Popple.1