Four volumes of “The Arabian Nights’s Entertainments”, all owned by Edward Lear, bound in original cloth and with black gilt morocco lettered titles to spines. All signed in ink on the title pages “Edward Lear, Sanremo” with additional pen annotation “From R.J. Wyatt Rome 1843”. Cloth slightly sunned and worn at corners and spine ends. Volumes I and IV feature spines partially torn with some losses and joints split. Chipping to spine cloth of volume II. Browning to page edges and foxing to paper in all volumes. Hardback, 8vo, London: Smith, Elder and Co., Cornhill, 1835.
Richard James Wyatt was an English sculptor and pupil of Antonio Canova. He spent the majority of his life in Rome and achieved a great popularity for his Neo-classical sculptures. Lear made the acquaintance of Wyatt in Rome, where he was part of the colony of English artists in the city between the late 1830s and early 1940s. The English illustrator settled in San Remo in 1870. 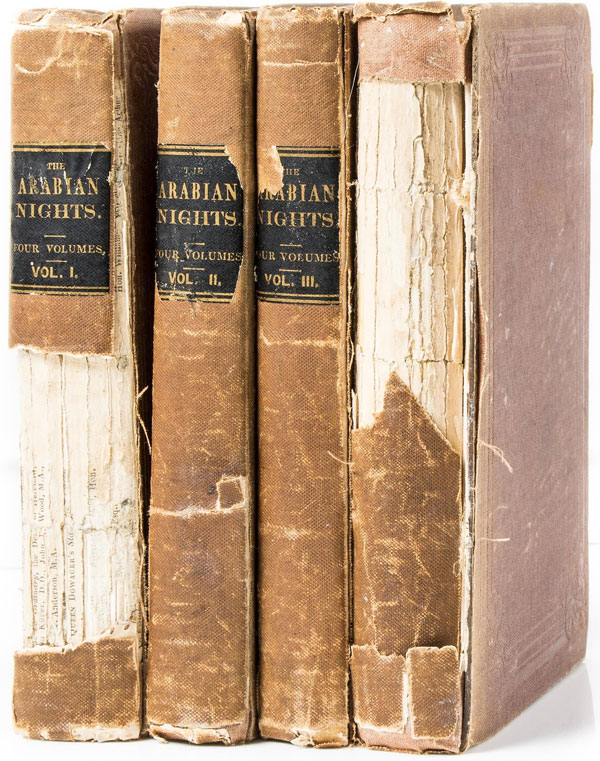 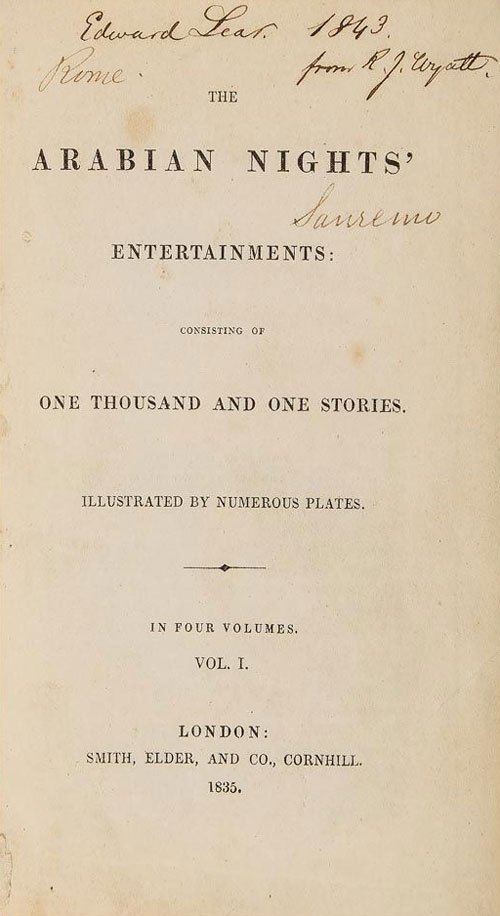 This entry was posted in Edward Lear and tagged biography, books, Edward Lear. Bookmark the permalink.