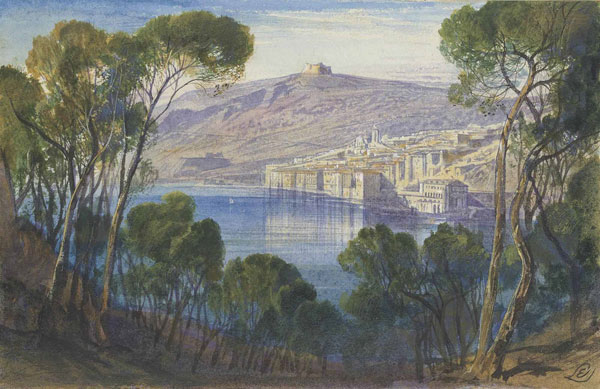 Lear spent the winter of 1864-5 in the South of France. He took lodgings in Nice and then travelled along the coast as far as Italy before returning to Nice on New Year’s Eve. The months he spent in the South of France were enormously productive and he executed numerous sketches as well as a number of highly finished watercolours, such as the present work.