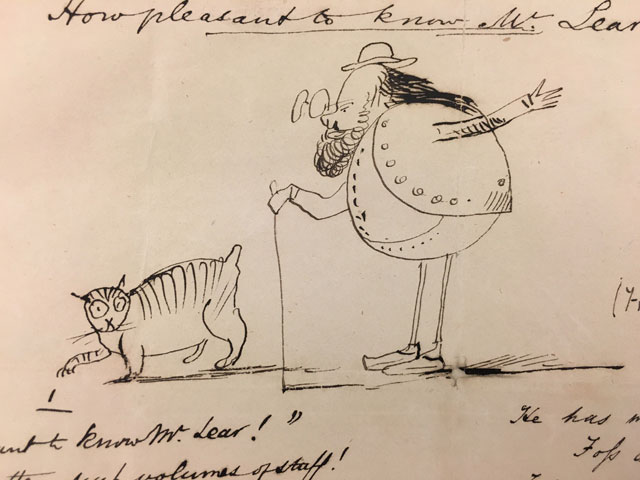 In a recent post celebrating Edward Lear’s 204th brithday on the Untold Lives blog at the British Library Alexandra Ault, Curator of Manuscripts and Archives 1601-1850, posts a nice self-caricature of Lear and his cat Foss from a letter to William Bevan, the British vice-consul in Sanremo, sending the text of “How Pleasant to Know Mr Lear” — Bevan’s eldest daughter had helped with the composition of the poem — and stating:

I disclose you a Pome, which you may or may Knott send to the Lady who says “How pleasant to know Mr Lear,”  It may be sung to the air “how cheerful along the Gay Mead”.

At Hymnary.org is the text for “How Cheerful along the Gay Mead,”  no. XIX in A Collection of Psalms and Hymns for Publick Worship (1789), with a couple of scores. Under the title of “Hymn of Eve,” it is the only surving music from Thomas Arne‘s oratorio Abel, first performed in Dublin in 1744 and in London in 1855: 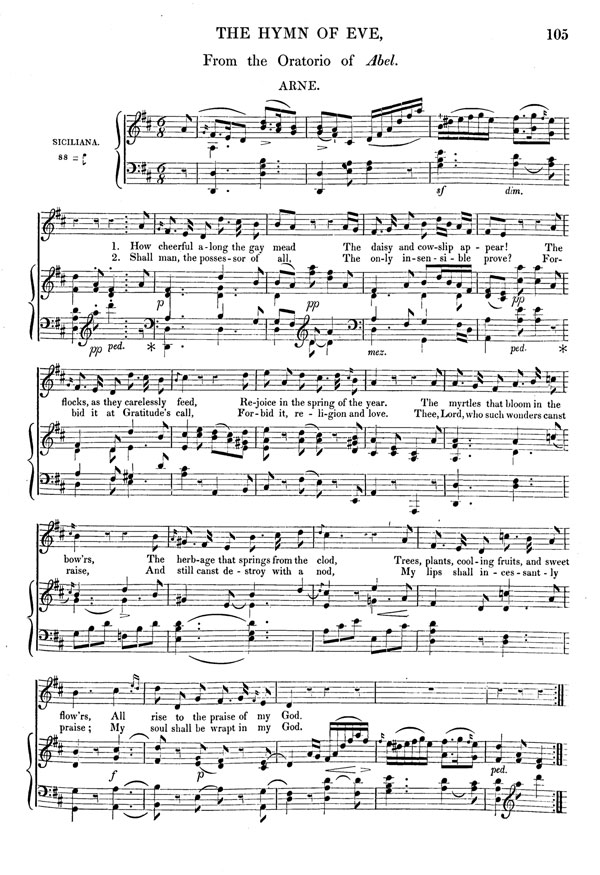 Here you can listen to a midi arrangement of the tune.

This entry was posted in Edward Lear and tagged Edward Lear, music, nonsense rhymes, self caricature. Bookmark the permalink.