There Was an Old Man of Cape Horn… 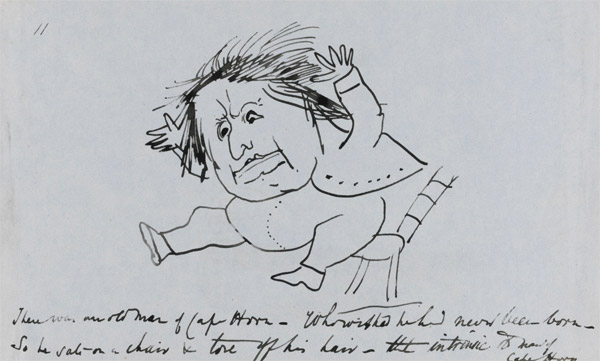 A variant version of both illustration and verse for ‘There was an Old Man of Cape Horn’. As first published in the 1846 edition of A Book of Nonsense, the limerick concludes “So he sat on a chair, till he died of despair, | That dolorous Man of Cape Horn.” The conclusion here reads “So he sate on a chair & tore off his hair – that intrinsic old man of Cape Horn”. Interestingly the Kraus manuscript (Koch Foundation) includes “He sate” before continuing “and behaved like a bear – That intrinsic…” This suggests that both the Krauss manuscript and the present piece are closely connected. The reverse of the leaf includes an abandoned and smudged drawing of a head.

This was sold at Sotheby’s.

Here is the Koch version, from Lear in the Original, p. 71: 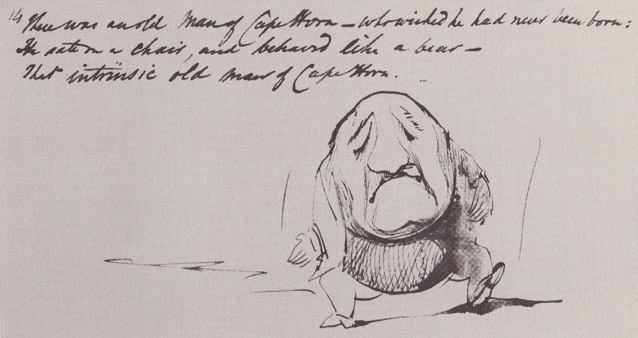 “So he sat on a chair | And behaved like a bear” would in the end become attached to one of the old man from Peru, here in the version on p. 12 of Bosh and Nonsense: 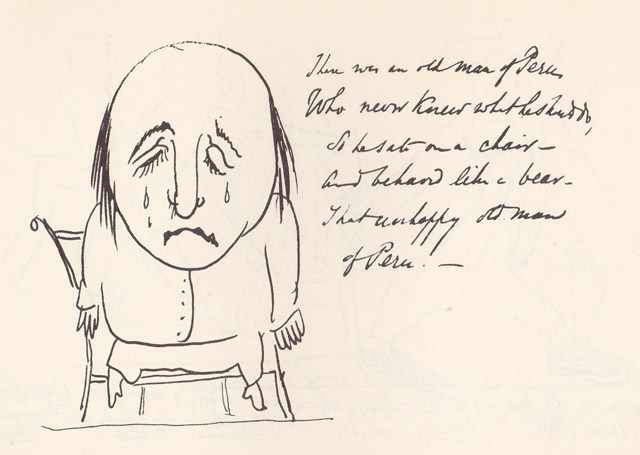 Notice however that the picture at the top is more similar to the final one for the 1846 Book of Nonsense version (here in a later coloured edition): 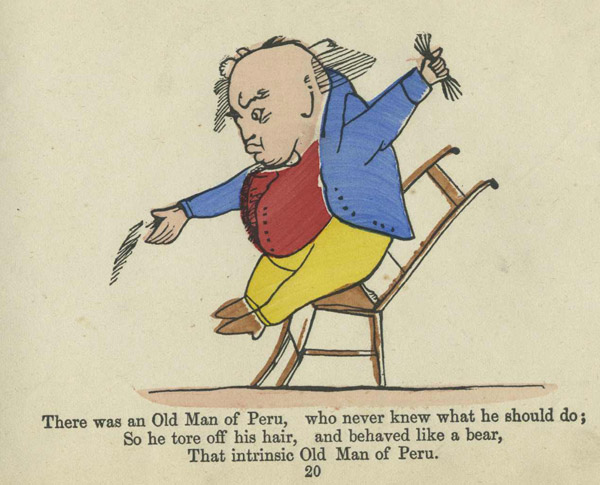 1 Response to There Was an Old Man of Cape Horn…