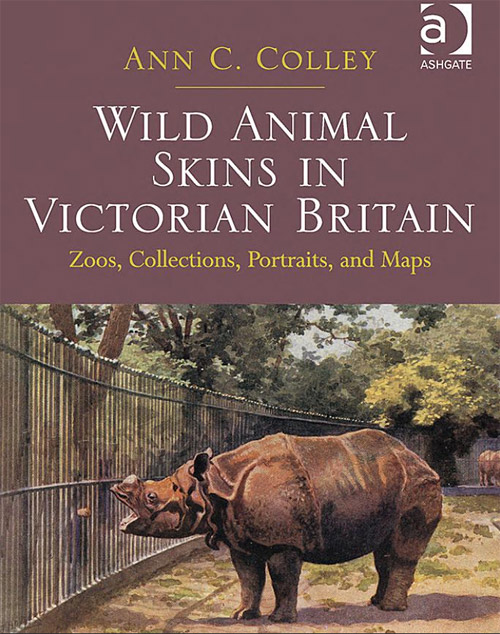 A few weeks ago I reported the publication of an issue of Rivista di studi vittoriani devoted to Edward Lear; Ann C. Colley’s essay, “Edward Lear and Victorian Animal Portraiture,” has been greatly expanded and published as chapter 3 of her new book: Wild Animal Skins in Victorian Britain: Zoos, Collections, Portraits, and Maps (Farnham: Ashgate, 2014).

This is interesting in itself, but some of the additions are particularly intriguing: for example I don’t remember reading that “Pussy” was Admiral Phipps Hornby’s daughter Elizabeth Hornby’s nickname, as it appears “embossed in gold” on the cover of her South American diary (of which more below). Bringing her — and her adventures in animal and skin procurement for herself and her uncle, the 13th Lord Derby — into the story strengthens Colley’s association of “The Story of the Four Little Children Who Went Round the World” with Lear’s Knowsley residence. 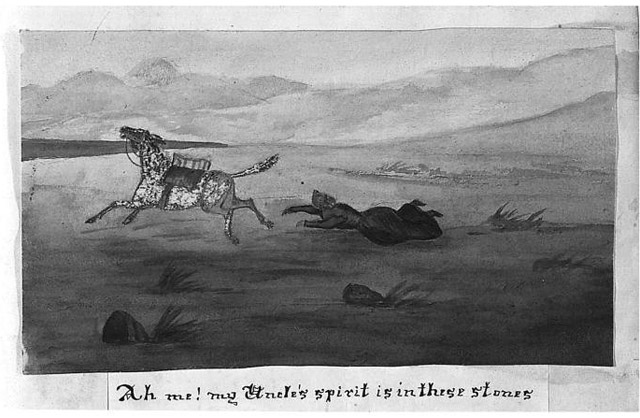 Also of great interest is Colley’s analysis of Elizabeth’s diary, now at the Caird Library of the National Maritime Museum, Greenwich, which appears to contain a large number of wtercolour illustrations, somehow recalling, though on a larger scale, Lear’s several picture reports of his trips; e.g. his 1841 tour of Scotland with Phipps Hornby or his Sicilian adventures with John Proby in 1847. 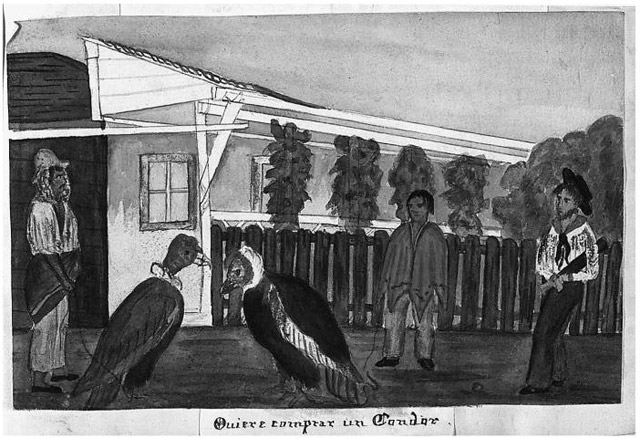 In lieu of an abstract, here is what Colley herself writes of the relevant parts of the book on pp. 5-6 of the “Introduction:”

… an Afterword [to chapter 2, “A Skin Disorder”] “In the Field,” [pp. 74-86 in the text] examines the unpublished correspondence and notebooks of two avid nineteenth-century collectors: the 13th Earl of Derby, and his 22-year-old niece, Elizabeth Hornby, who collected and stuffed wild skins for her own modest display as well as for her uncle’s more ambitious menagerie and museum while she resided in South America from 1847 to 1850.

Chapter 3, “Stuff and Nonsense: Skin and Victorian Animal Portraiture,” uses the occasion of Edward Lear’s relationship with the 13th Earl of Derby (Lear was hired by him to illustrate the exotic animals kept on his 45,000-acre estate) as well as one of Lear’s nonsense verses [!] (“The Story of the Four Little Children Who Went round the World”), which was based upon his experiences while working for Lord Derby, to consider the centrality of skin in Victorian animal portraiture and taxidermy. The chapter offers an occasion to think about the function as well as the meaning of skin in taxidermy and to focus on the depiction of skin in natural history portraits. The discussion of this topic leads to the suggestion that Lear, through his nonsense verses, as well as in his natural history illustrations, rebelled against the almost exclusive attention to the skins or sufaces of the portrayed animals. He preferred to get “under the skin” and proffer a glimpse of a creature’s subjectivity. As if releasing his subjects from the conventions of nineteenth-century natural history illustration and portraiture, Lear challenged the colonial’s or the collector’s commanding gaze and liberated his subjects from the prerogatives of classification, ownership, and commodity.

Of course “The Story of the Four Little Children” is not “one of Lear’s verses” but one of the few short stories he wrote!

2 Responses to Edward Lear, the “Four children,” and Elizabeth Hornby