Edward Lear and the Scientists 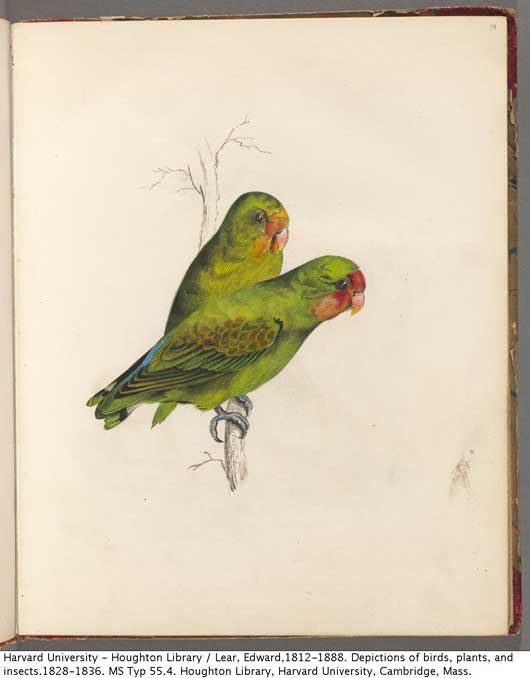 I have now received my copy of the special Edward Lear issue of the Harvard Library Bulletin (Summer-Fall 2011. Volume 22: Numbers 2-3) containing Robert McCracken Peck’s “The Natural History of Edward Lear,” an essay which provides the first really detailed study of Lear’s work as a zoological illustrator and illuminates several aspects of his activity in these early years: essential reading in preparation of the Royal Society exhibition.

The volume also includes an essay by Hope Mayo on “The Edward Lear Collection at Harvard University,” a history of its development, in particular thanks to W.B. Osgood Field and Philip Hofer.

Also of interest: The ‘nonsense’ works of the late Edward Gorey, by Philip Valys, Sun Sentinel.