Osmosis between humans and animals is one of the recurring features of Edward Lear’s limericks, and one of the most often commented on by critics. It often involves birds as in the following cases, all from A Book of Nonsense: 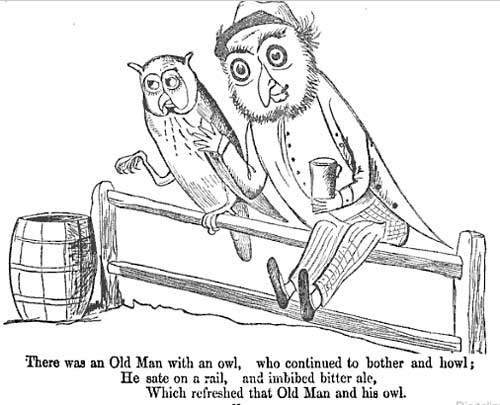 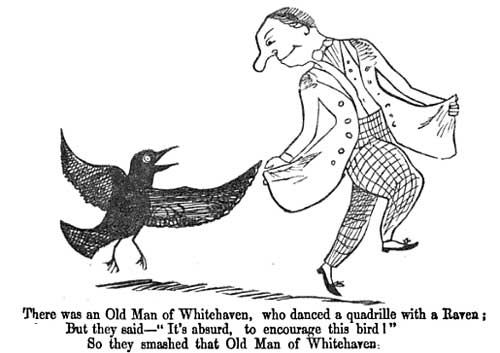 Lear was the first to use the idea for purely nonsensical purposes, but George Cruikshank had already produced several satiric images in which humans assume animal characteristics, most notably perhaps in Plate I of My Sketch Book, no, IV (1834): 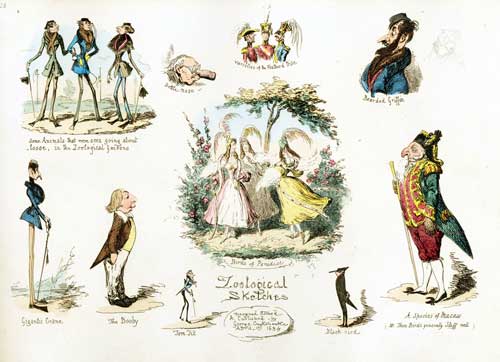 This plate, in turn, was a development of an older series which had kept Cruikshank engaged for several years, “Monstrosities of … .” Here is the plate for 1821, for instance:

Cruikshank’s influence on the appearance and, especially, the posture of Lear’s “old men” and “old ladies” is quite obvious.