The Frog and the Heron: A Different Sort of Romance

The following poem by Peter Newell,  in Harper’s Young People, vol. XIV, 1893, p. 824,  shows that the theme of interspecies sexual-sentimental relationships would be used at least until the end of the century. Given his choice of a title, Newell might have been inspired by Du Maurier’s strip, “The Frog and the Duck: A Romance,” after all Punch collections were widely available; however, his ending is both more cynical and more realistic. 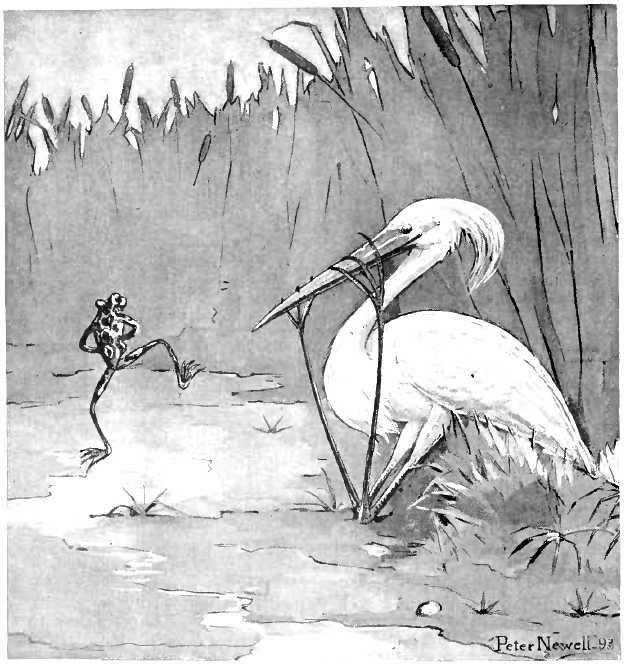 It was a Frog and Heron fair
One evening chanced to meet,
The bird had brought her bill along,
And Froggie’d brought his feet.

And since they neither one could speak
The tongue the other knew,
They could not well converse at all,
And so the Heron blew

A pretty tune upon her bill,
While Froggie danced with glee.
He understood her music sweet,
His merry tripping she.

Full soon they fell in love, and ere
The rising of the sun
The Heron gobbled Froggie up,
And now the two are one.

1 Response to The Frog and the Heron: A Different Sort of Romance