Posted on November 1, 2010 by Marco Graziosi

It is well known that Edward Lear gave painting lessons to Queen Victoria and was never forgotten by the royal family. The Prince of Wales, for instance, visited his studio while in Rome in 1859 and Lear sounds relieved after having recorded in his diary a number of the Prince’s visits to other artists in the previous month. He noted that “he staid 1 hour & 5 minutes” and found that “nobody could have nicer or better manners than the young Prince, nor be more generally intelligent & pleasing” (29.iii.59, see all diary entries).

But Lear was also more or less regularly in contact with former French royalty, or “French Princedom” as he writes on 29 October 1860, whom he met at Lady Waldegrave’s various residences.

The Duc and Duchesse d’Aumale were enthusiastic neighbours of the Countess and often visited or invited her and her guests. Despite disapproving the formality of such occasions (“they do not forego royal ways,” he writes on 27 October), Lear rather liked the members of this small aristocratic French colony. 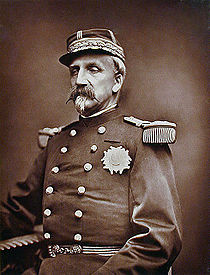 Prince Henri, Duc d’Aumale (1822-1897) lived at Orleans House, near Lady Waldegrave’s Strawberry Hill. He was immensely rich, having inherited a fortune of 66 million livres (approximately £200 million today) as well as the lands and wealth of his godfather, Louis VI Henri de Bourbon-Condé, the last prince de Condé. In 1844 he had married Princess Maria Carolina Augusta of Bourbon-Two Sicilies, daughter of Leopold, Prince of Salerno and his wife Archduchess Maria Clementina of Austria, in Naples. They had two sons, the “young” Prince de Condé (Louis Philippe Marie Léopold of Orléans, Prince of Condé, 1845–1866) whom, being “genuinely pro-English,” both Lady Waldegrave and Lear especially liked, and the Duc de Guise (François Louis of Orléans, Duke of Guise, 1854–1872).

From the time of their introduction to Lady Waldegrave, she “was never free of the Orleans family… They monopolized her, they exhausted her, they bored her. They alienated her other friends by their everlasting presence, they infuriated her by their ingratitude to England where twice in exile they were welcomed” (Hewett, Fortescue 98).

After the death of the Duchesse d’Orléans, Aumale took charge of her two sons, the Comte de Paris and the Duc de Chartres. 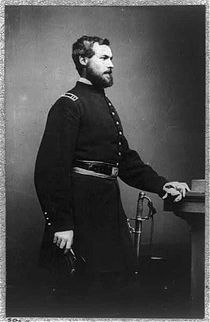 Philippe d’Orléans, Comte de Paris (1838–1894) was the grandson of Louis Philippe I, last King of the French and became the Prince Royal, heir-apparent to the throne, when his father, Prince Ferdinand-Philippe, died in a carriage accident in 1842.

On 8 October 1860, Lear left Oatlands, where he was painting the Cedars of Lebanon, to show his drawings to Paris, Chartres and Joinville: “They were much pleased: as I was with them, especially with the C.te de Paris, who is peculiar for fun, amiability, & knowledge of what he has seen.”

This trio (François Ferdinand d’Orléans (1818-1900), prince de Joinville being the young men’s uncle and a brother of Aumale’s) would then  take part in the American Civil War on the side of the Northern forces, just when French and British sympathies were intensely pro-South, no doubt another embarassment for Lady Waldegrave.

On arriving at Strawberry Hill on 27 October 1860 Lear heard that they were “all to dine ― o! botheration ― at Orleans House ― so at 8 we went there. Dinner party ― the Duke & Duchess ― & young Prince de Condé: ― Lady of honour, Tutor, Marquis de Somebody & son. Dinner good, but an awful bore to me ― who can’t bear royalty life.”

Jean-Léon Gérôme, Duel after a Masquerade, painted for the duc d'Aumale in 1857

Not even the prints he can admire after dinner save the night for him: “Afterwards saw some very valuable miniatures, from Francis 1st  downwards. Louis 14 ― 15 &c. & Louis Philippe at 12: ― with the Prince of Salerno as a naked Cupid of 3! DelaRoche’s murder of the Duc de Guise ― & Gerome’s Duel ― & a Lumi are striking pictures, with Scheffer’s last work, The Queen of the French’s portrait. But I grew “very weary” ― & was too glad to talk to Sir H. Willoughby ― & came away at 10.30.”