I have been looking for episodes from the Tomfoolery Show at least since 2002, when I heard of this show largely based on characters created by Edward Lear. 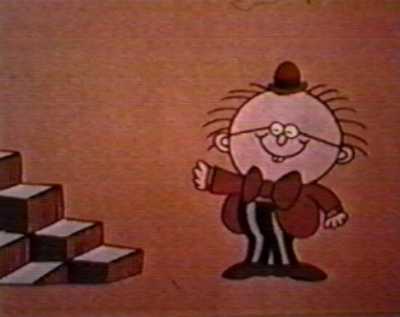 While no episode has turned up so far, Ron Kurer’s Toon Tracker at least provides a few pictures; according to the entry, Tomfoolery was

a series patterned after NBC’s then popular live-action Rowan and Martin’s Laugh-In, aired on NBC-TV from September 12, 1970 through September 4, 1971. It was a Rankin-Bass Production, produced in England by Halas & Batchelor Animation Ltd.

The series was based upon the nonsensical verse and whimsical characters of authors such as Edward Lear, Ogden Nash, Frank Gelett Burgess, and Lewis Carroll. It was billed as a mixture of “Riddles, Jokes and Silly Things”.

Some of the characters included The Yonghy Bonghy Bo (a creature whose head was larger than his body), The Scrooby Snake, The Umbrageous Umbrella Maker, The Purple Cow, Goops, The Fastidious Fish, and The Enthusiastic Elephant. The voices were provided by Peter Hawkins, Bernard Spear, and The Maury Laws Singers. The show was intended to entertain and educate the younger viewers on the elements of children’s literature, but most viewers were confused by the disjointed and difficult to follow segments and it left the air within a year. 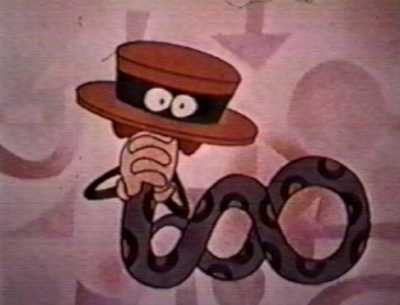 Halas & Batchelor (short biographies on screenonline), by the way, also produced a nice 3D cartoon from “The Owl and Pussycat” in 1952 which is available (in normal 2D) on the DVD The Cartoons of Halas & Batchelor (Hen’s Tooth Video, 2000). 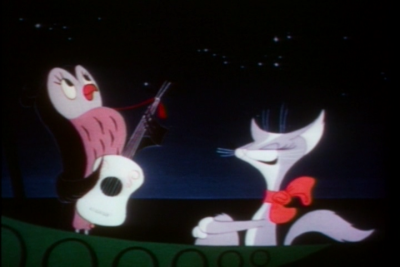 This entry was posted in Edward Lear. Bookmark the permalink.