I periodically search a few online databases for new material relating to Edward Lear, and today’s search proved rather interesting, so here is something to look at while you are waiting for the return of Edward Lear’s Diaries, due to start again on 24 June.

Google Books now has both volumes of Lear’s Illustrated Excursions to Italy online, there may be limitations depending on the country you are accessing the archive from, you can certainly download PDFs from the USA: volume I, volume II.

On eBay, MJC Books is offering 12 original color plates by Edward Lear from the “Zoology of Captain Beechey’s Voyage: Ornithology.” Here is the seller’s description, followed by the eight pictures provided: they are rather small, but look better than what you get from Archive.org’s scanned book.

Offered here are the 12 original coloured plates of birds by Edward Lear from the ornithology section of the ‘Zoology of Captain Beechey’s Voyage’, together with the relevant text by N R Vigors, pages 13-40, all printed in facsimile.
All the plates are laid down and trimmed, 8 significantly. Seven have 2 punch holes in the blank inner margin, 1 is repaired, 1 has a faint fold mark and the centre an 1 has some browning. Some captions have been trimmed and pasted back onto plate margin. The actual coloured illustrations are bright and fresh looking. Its rare to find these original Lear Plates.
London: 1839. 290 by 205 mm, 11.5 by 8 inches. All bound in maroon cloth with gilt lettering to spine. The binding is in very good condition.
** Zoology of Captain Beechey’s Voyage; compiled from the Collections and Notes made by Captain Beechey, the Officers and Naturalists of the Expedition, during a Voyage to the Pacific and Behring’s Straits performed in His Majesty’s Ship Blossom, in the Years 1825, 26, 27, and 28. The complete ‘Zoololgy’ is illustrated with 44 coloured plates and is now a rare and valuable book ** 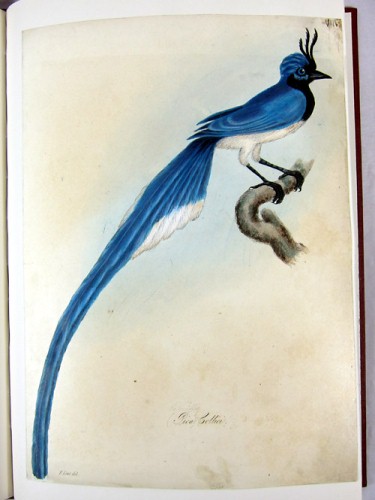 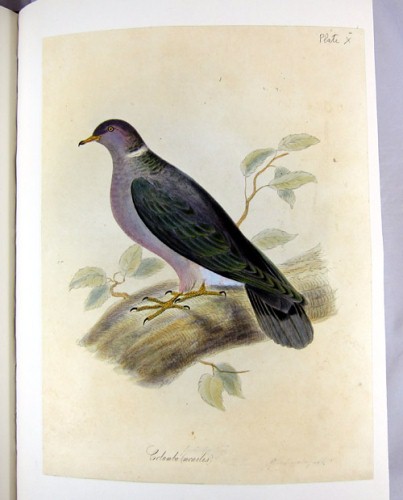